On the night of February 27th community organizers from around the city gathered to protest the destructive economic policies of the EDC, currently led by its CEO, James Patchett. We went to his brownstone in Crown Heights, Brooklyn, to demand that he resign and end the EDC’s support of rezonings, the BQX, Sunnyside Yards, the attacks on La Marqueta in Bushwick and all of its other destructive projects. Basically, we are calling for the abolition of the EDC. 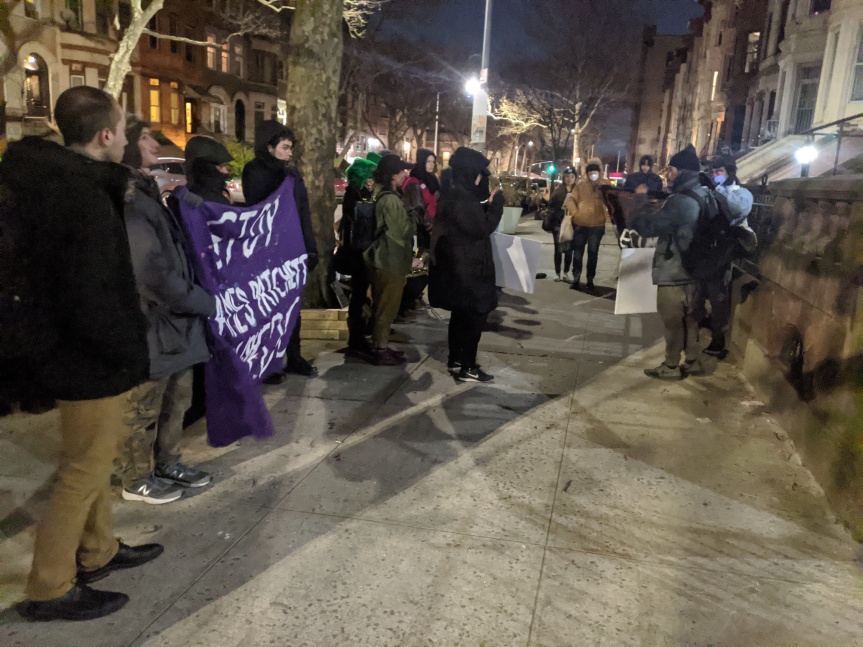 The Economic Development Corporation is an unaccountable, unelected and undemocratic company whose main purpose is to funnel public tax payer dollars into the hands of private developers. Mostly appointed by the Mayor, the EDC is best known for promoting destructive mega developments like Atlantic Yards, Hudson Yards, huge city-backed rezonings, the failed Amazon HQ2 deal, and, now, Sunnyside Yards. These mega developments are almost always rejected by the people in and around the area that would be directly impacted by them, but the EDC leverages its strong propaganda machine to create the veneer of public acceptability. Cynically, the EDC promises jobs, housing, and whatever else people need in order to discourage protest. They deploy other dishonest tactics like fake public input sessions and steering committees in order to funnel criticism into acceptable channels. For years the EDC has used these tactics to do whatever they want and, under De Blasio, they have wreaked havoc on this city. The CEO of the EDC, James Patchett, is a former vice president at Goldman Sachs and Chief of Staff to Deputy Mayor Alicia Glenn, making him a good fit for this predatory organization.
Although our protest is against James Patchett and the EDC, we recognize this as just part of the broader struggle against austerity, neoliberalism and capitalism itself. Neoliberal polices have eroded social spending and the rights of workers, tenants, and students, and have brought us austerity, crumbling infrastructure, and cash-strapped city government that somehow always seems to have money for more cops and more surveillance. The EDC, and other public private partnerships are tools used by corporations and the wealthy to shape the development of our city in their interest, without accountability or transparency.
This statment was endorsed by DSA Queens Housing Working Group, Anakbayan Queens, NY Boricua Resistance, Red Bloom Communist Collective, Black Rose Anarchist Federation NYC, and Queens Anti Gentrification Project 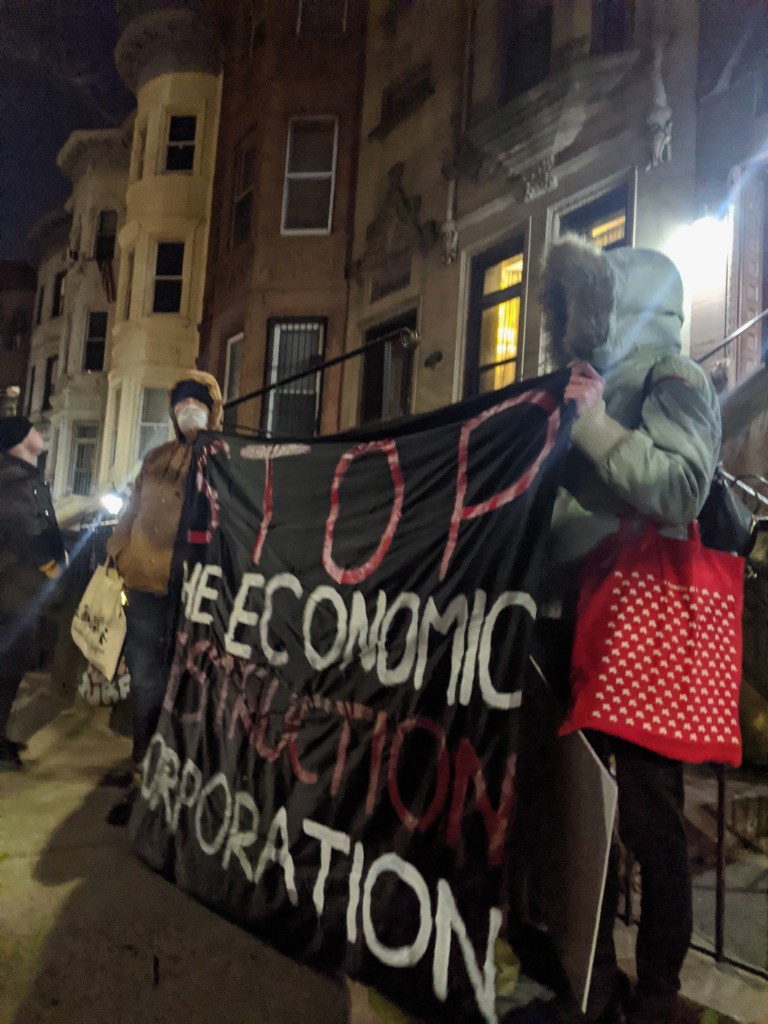